About once or twice a year I get to photograph a Monster Supercross event, this year I was able to attend the one in my own state in Indianapolis at the Lucas Oil Stadium.

On race day, there is a lot of things going on.  It starts around 8am as the teams get to their pit areas under the stadium and get ready fo the practice runs.  The first practice runs are at 9am, and qualifying races start at 4pm. There are two main classes, the 450 and 250 clases which refers to the engine sizes.  The final races start around 7pm, and the entire event ends around 11pm and we can finally get off our feet and back to the hotel.

During a race, it is the start that is the most exciting for me, you have about 20 racers all trying to get to the same spot at the same time and that spot is a turn that causes everyone to bunch up and crashes are quite common.  After that first race for the "hole" it spreads out a bit, but then the strategies of passing and jumping comes into play and it is fun to watch the competitors go head to head and battle back and forth for the top position.

The races end with a mad dash for the finish line which is actually a jump, and when they hit that jump the flames go off and the winner takes flight! 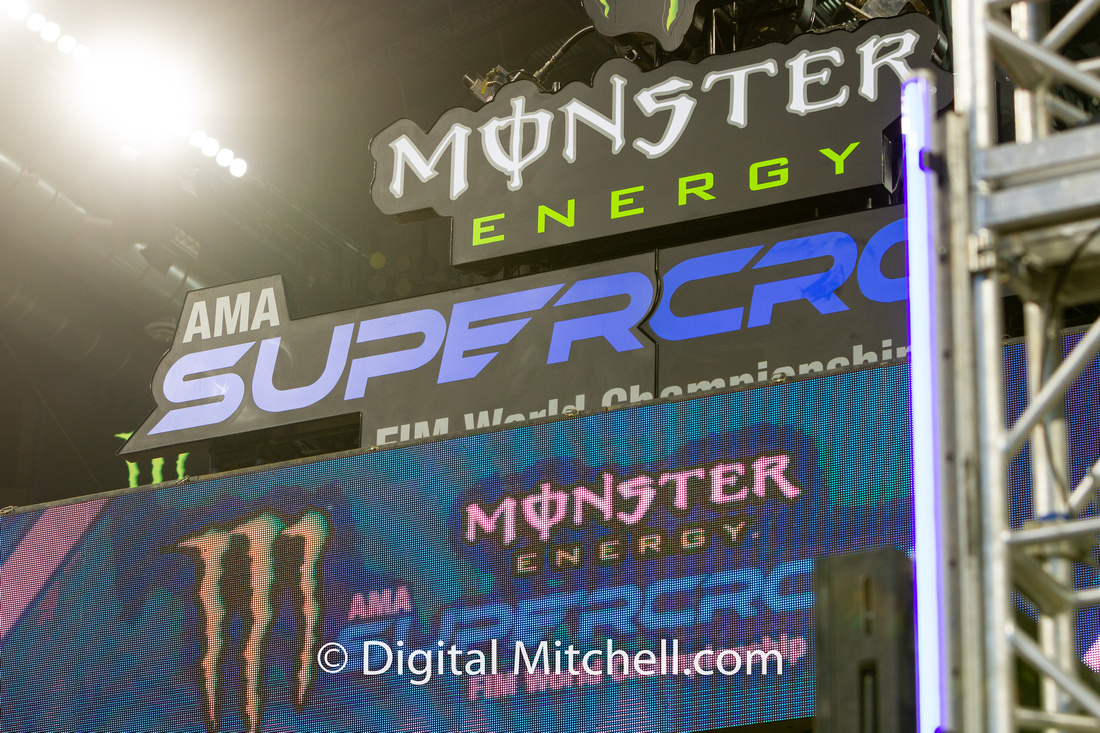 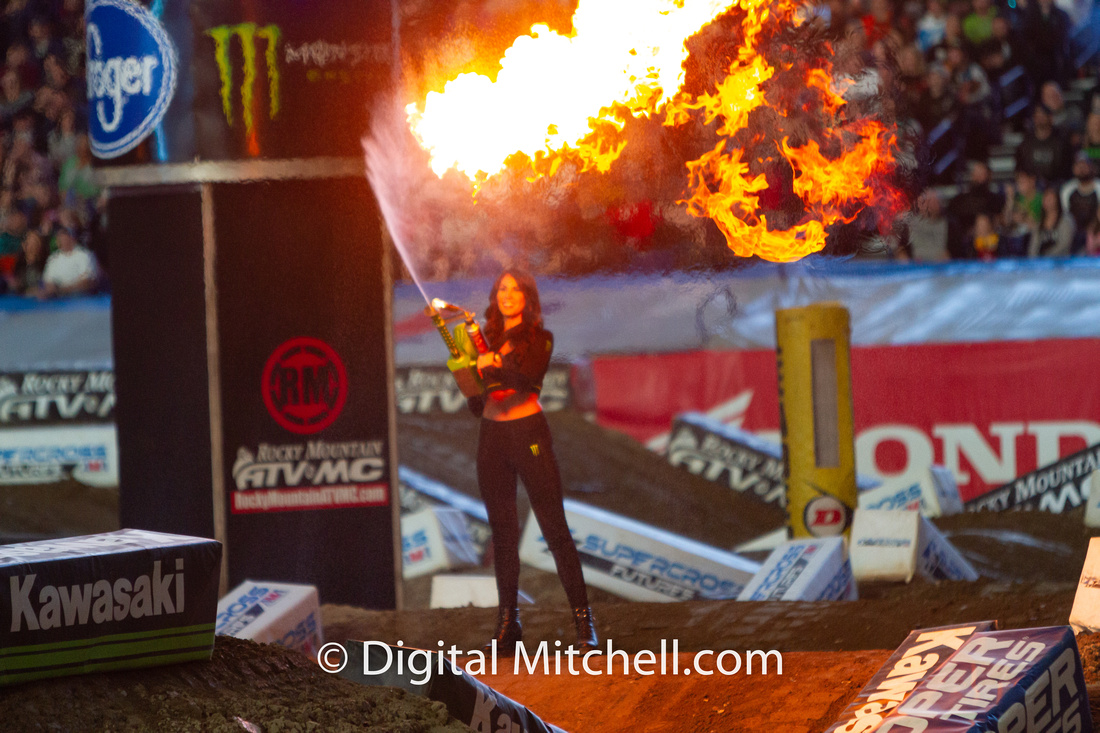 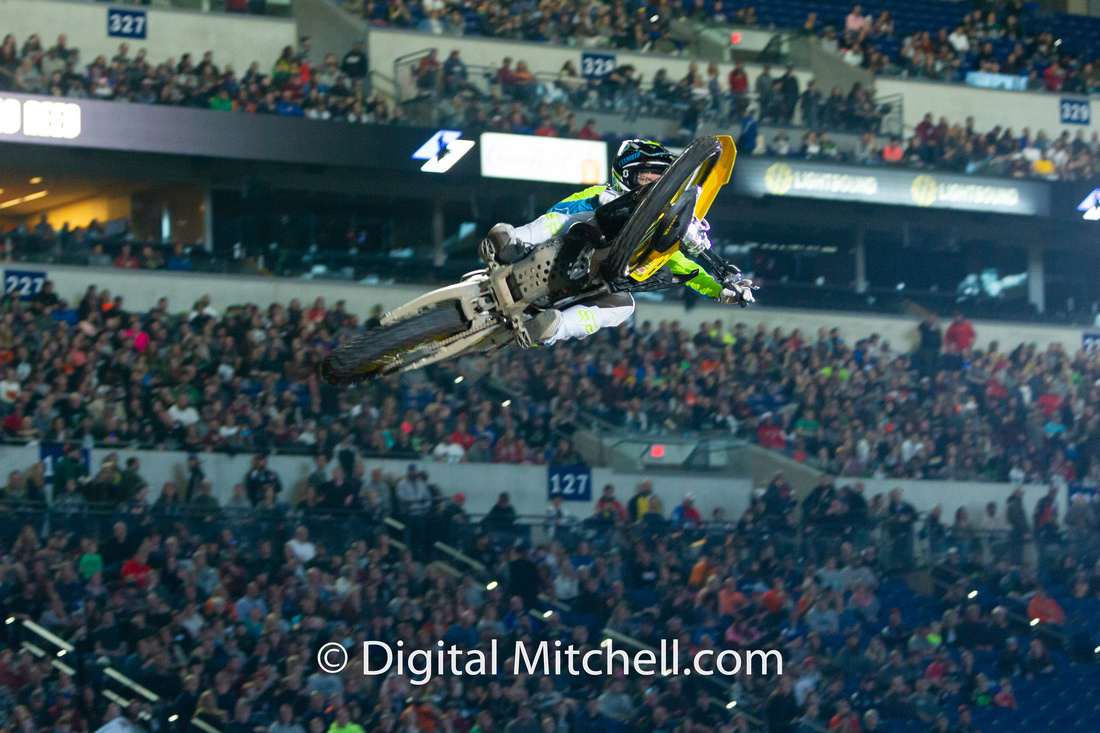 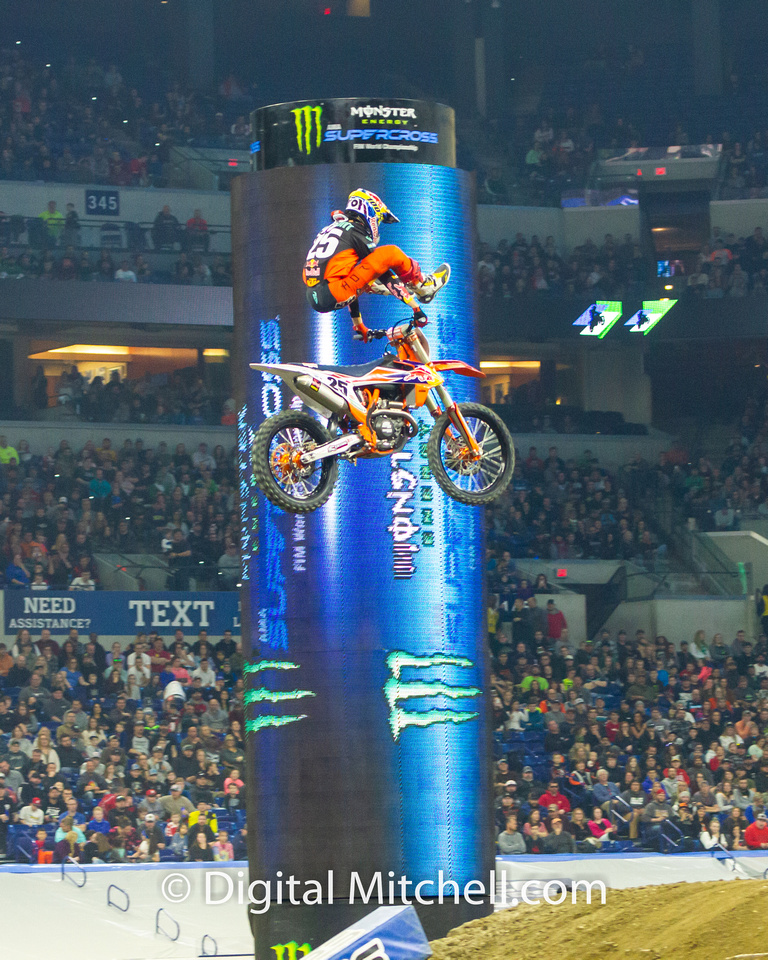 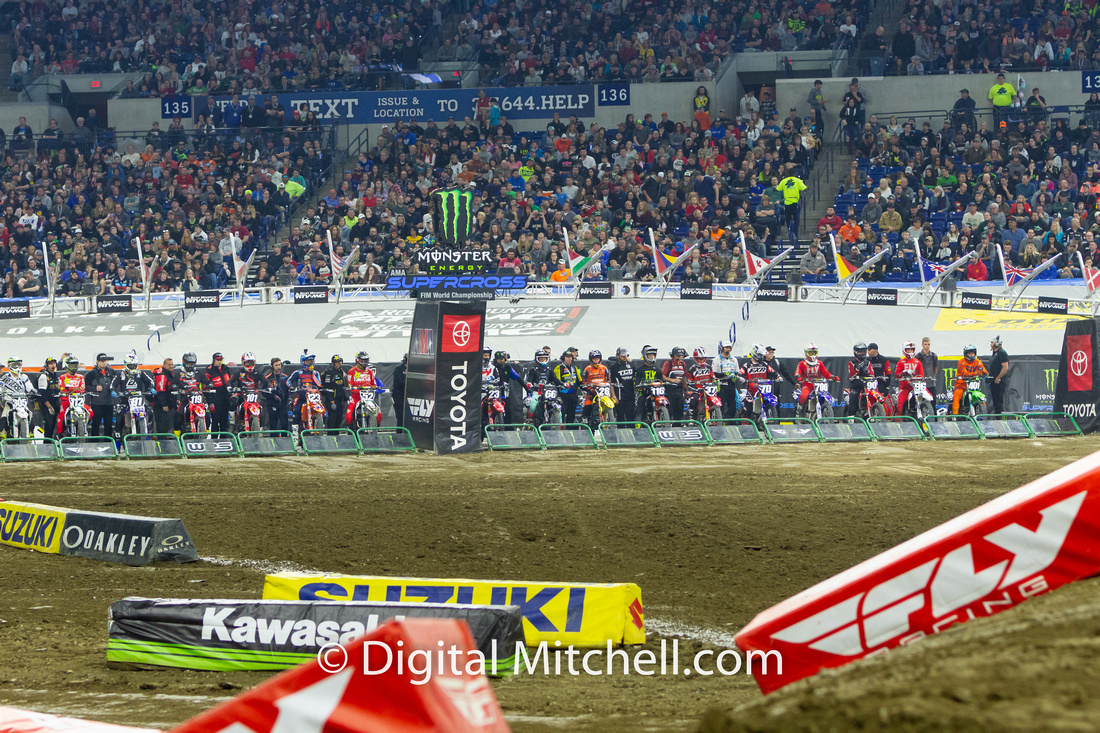 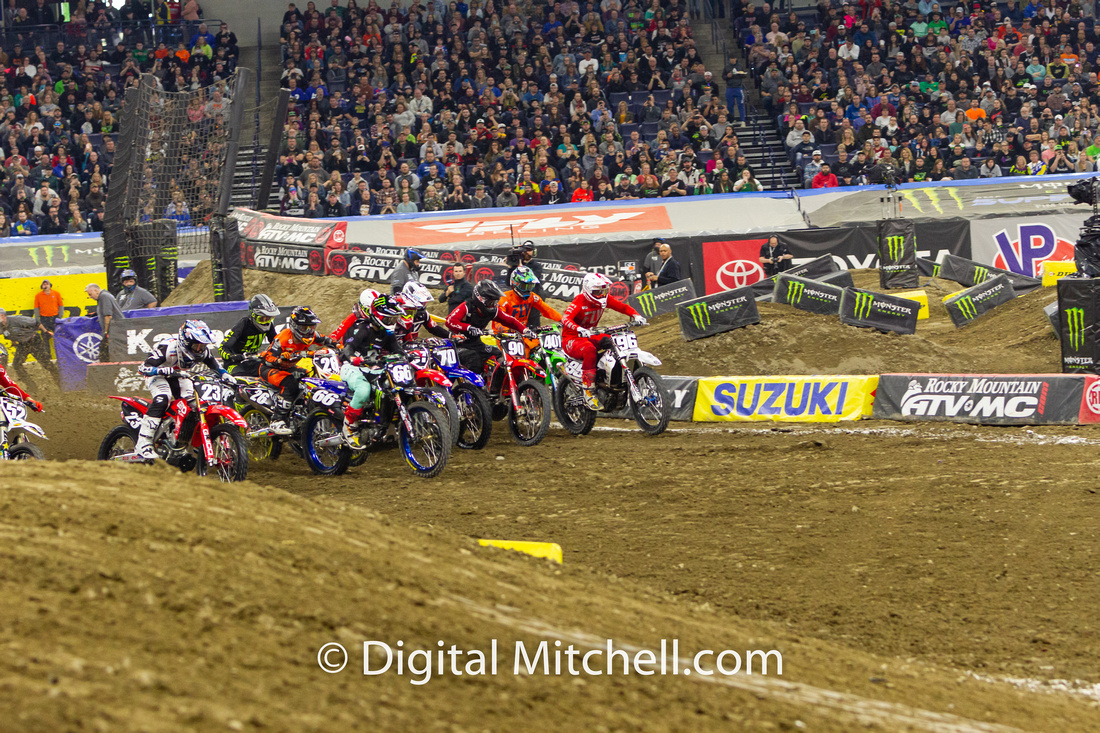 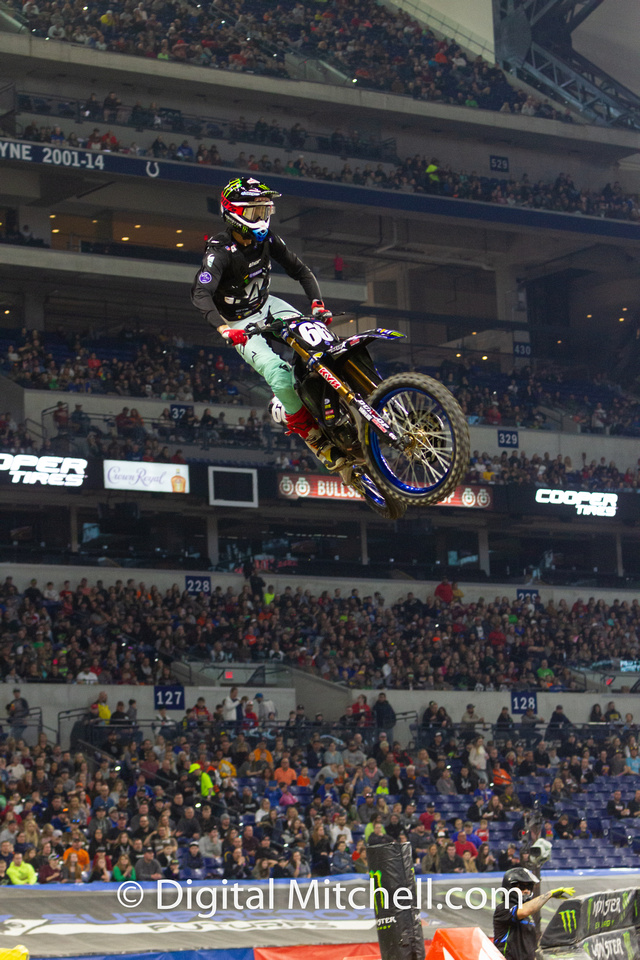 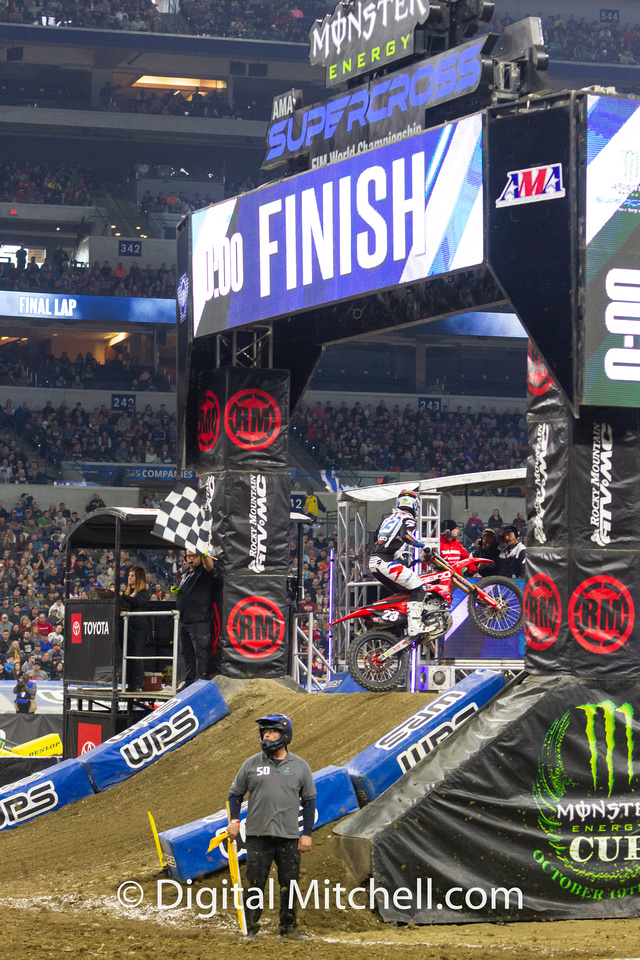 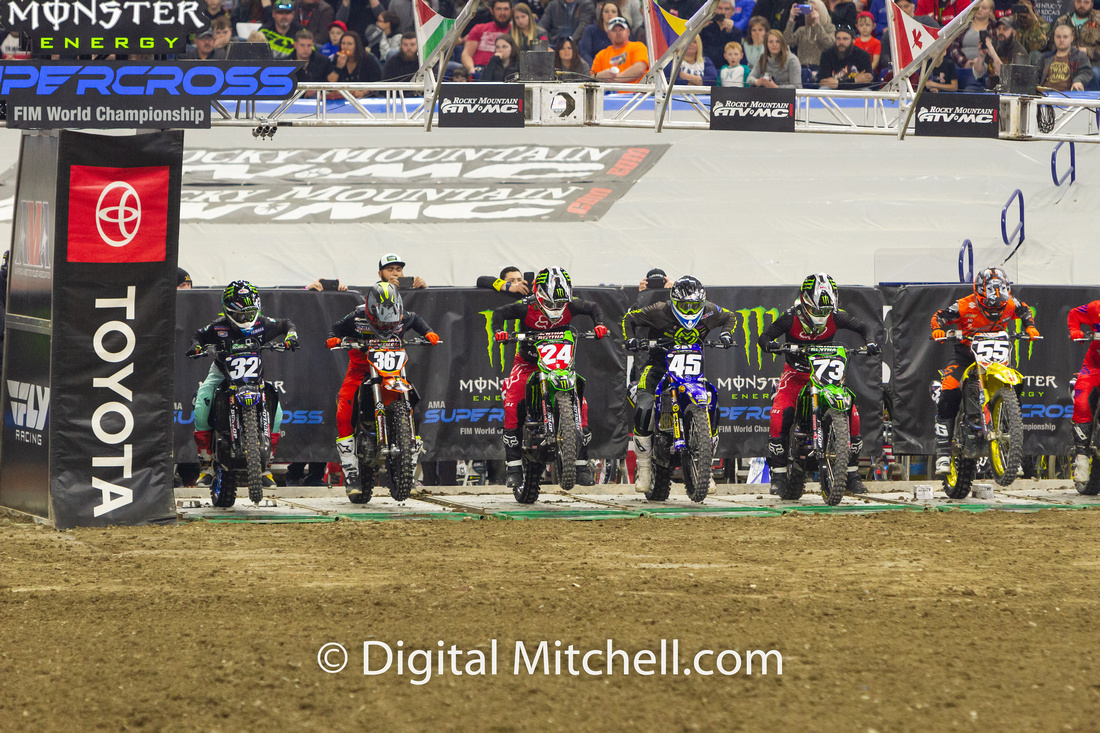 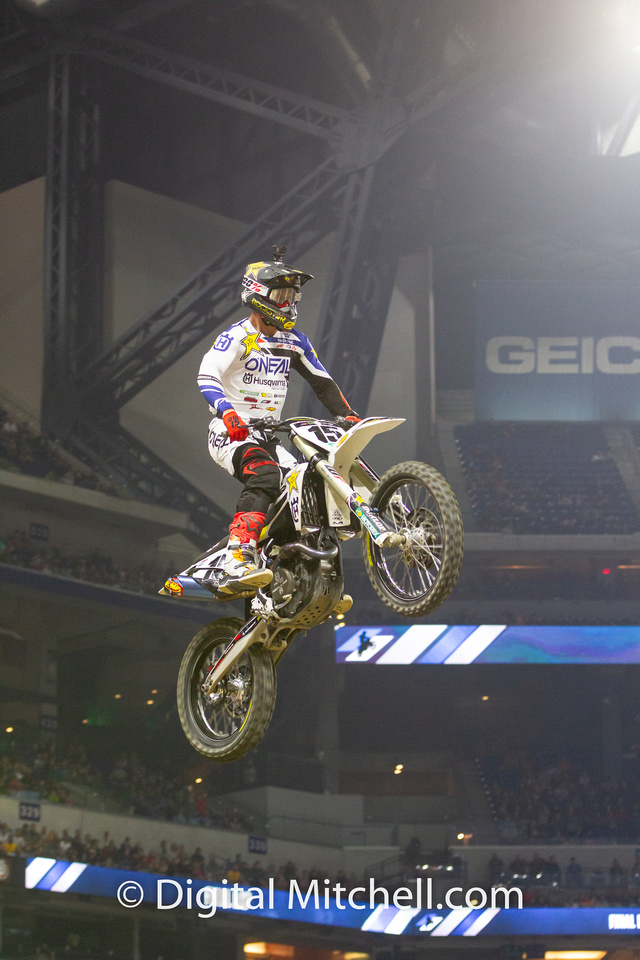 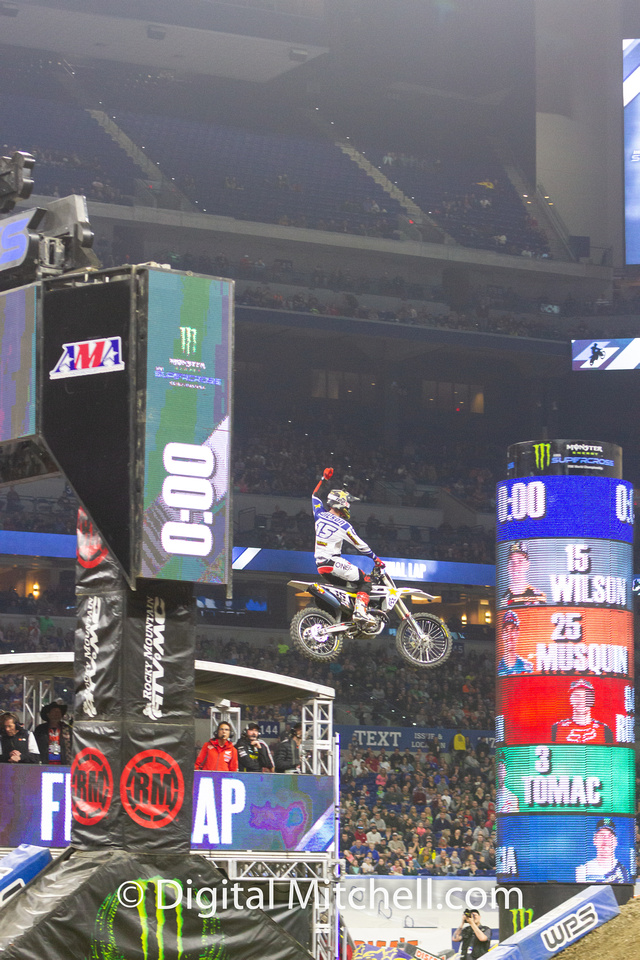 In the middle of the race, there is a Junior division race, which is actually fun to watch, and it is not just for boys, the girls actually do quite well. 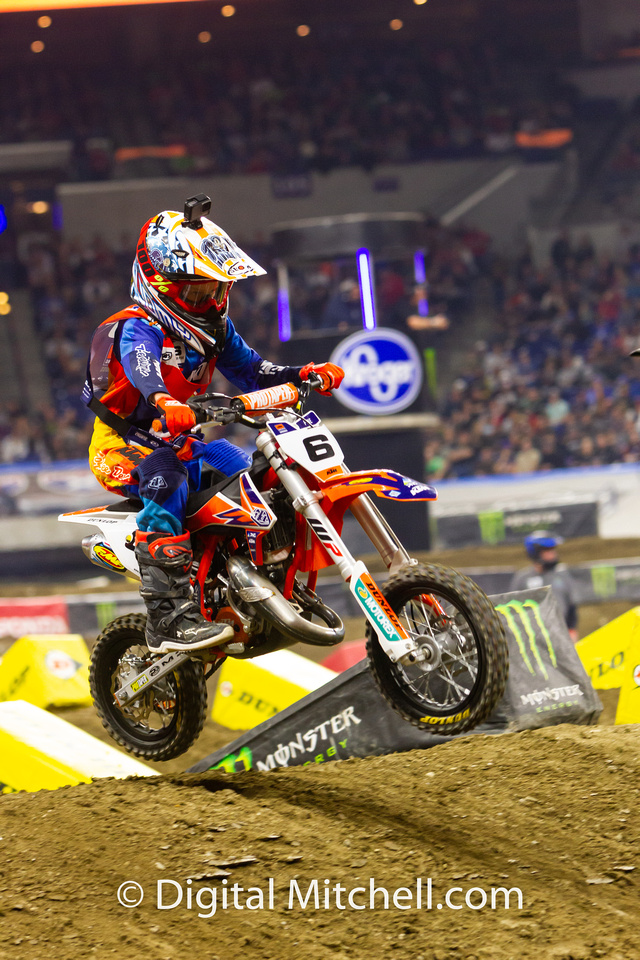 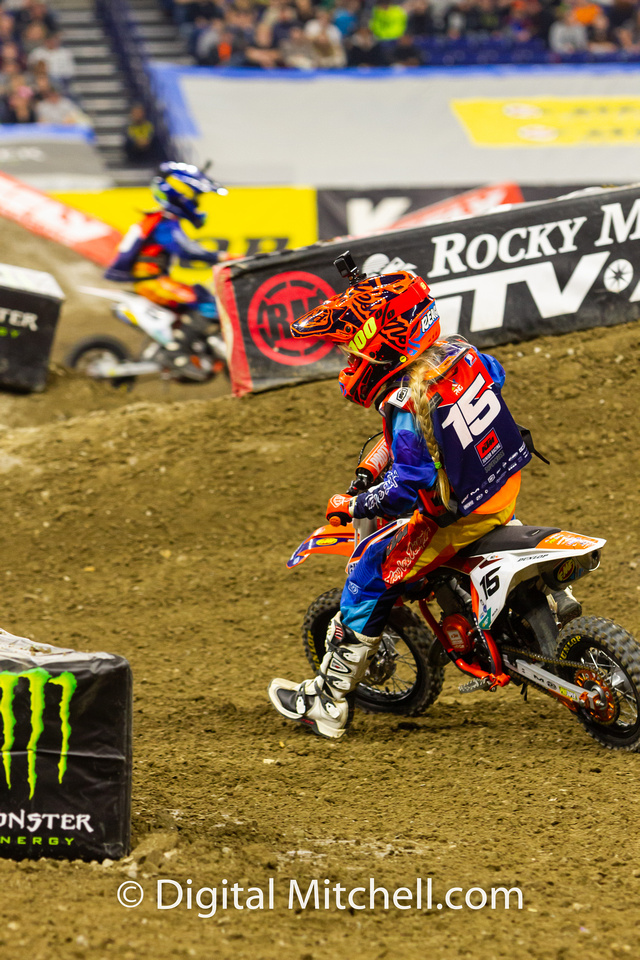 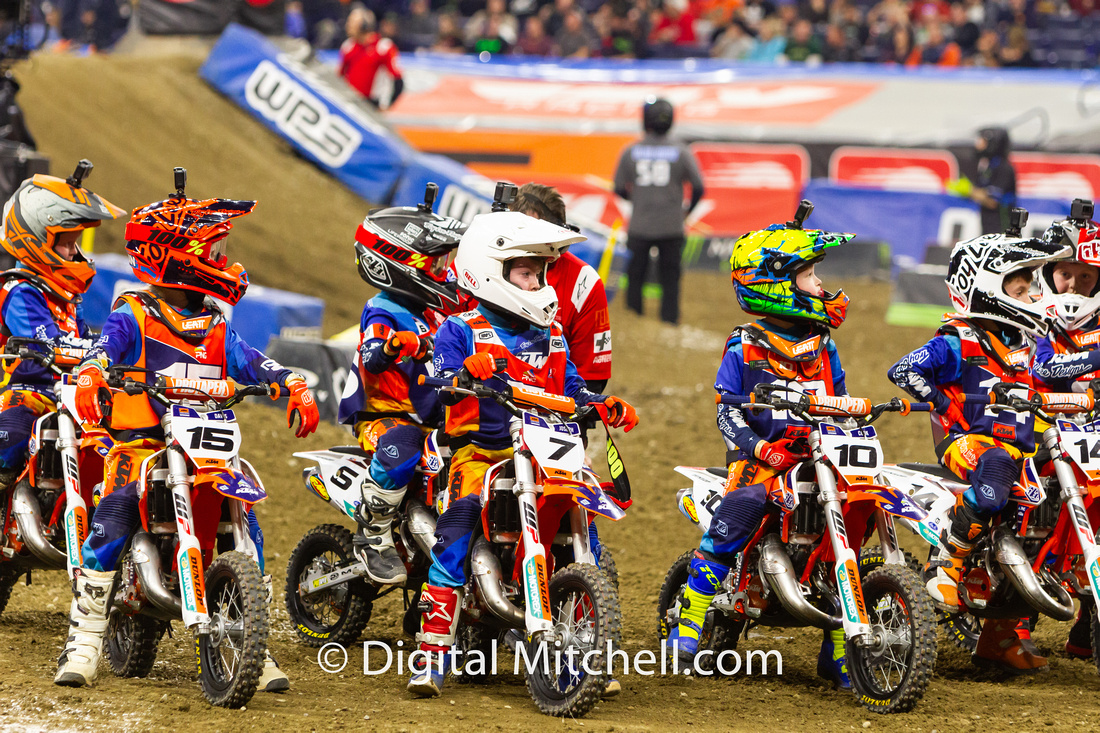 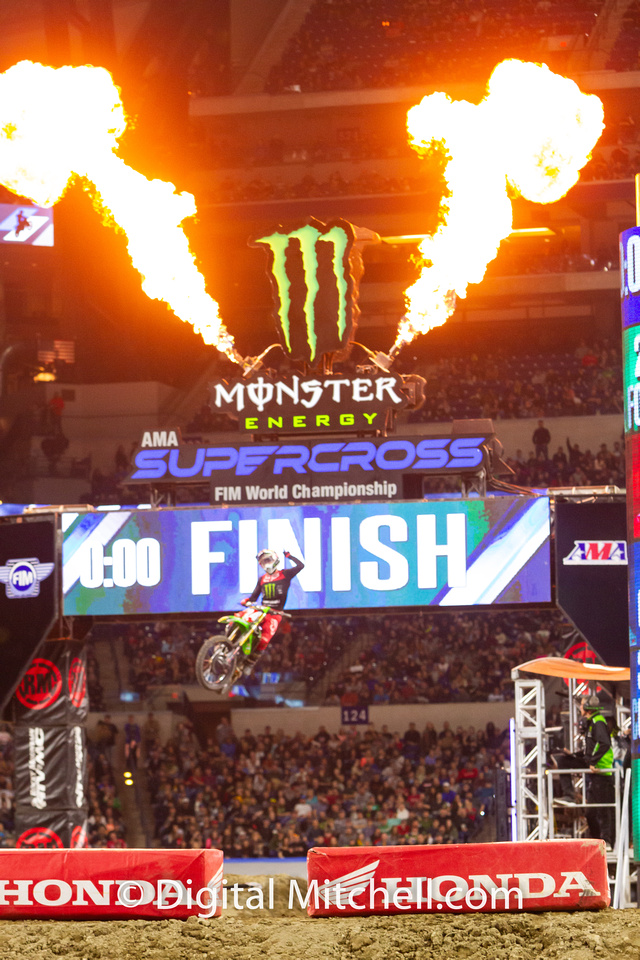 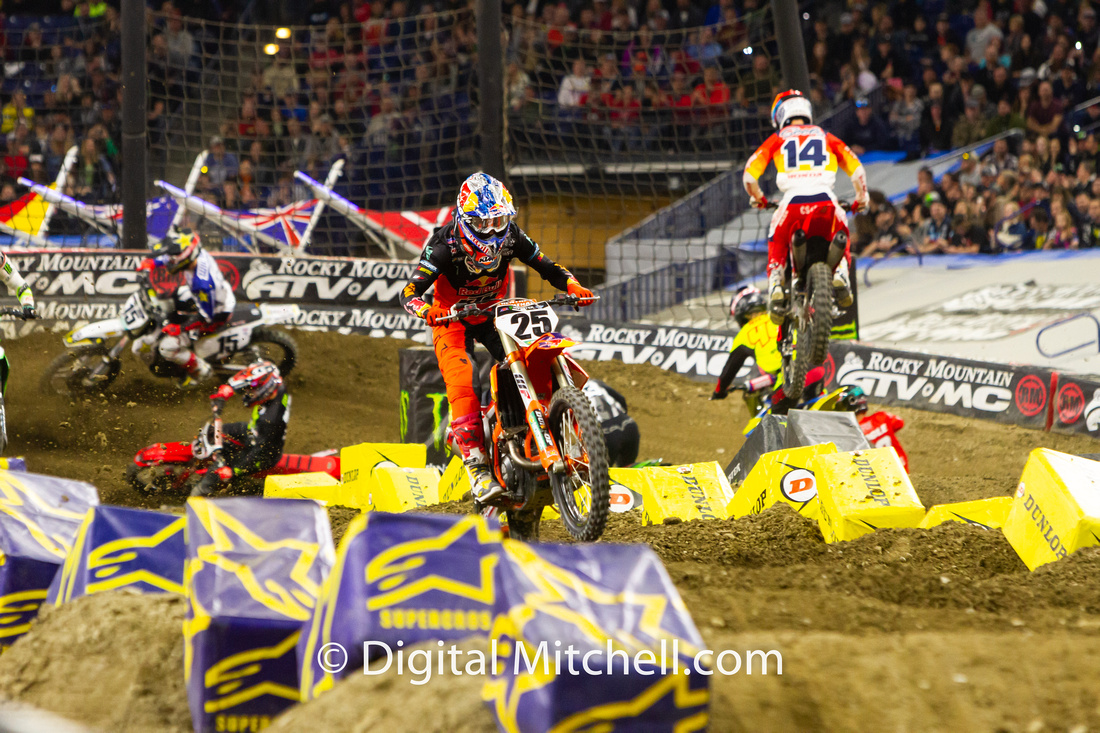 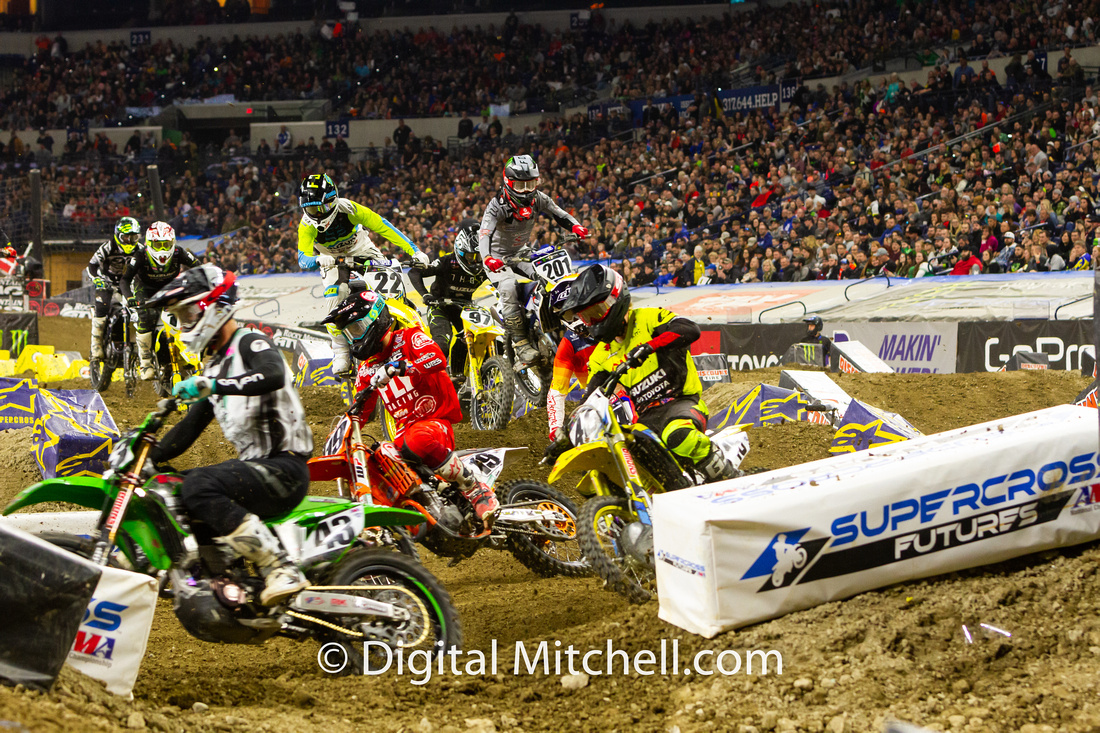 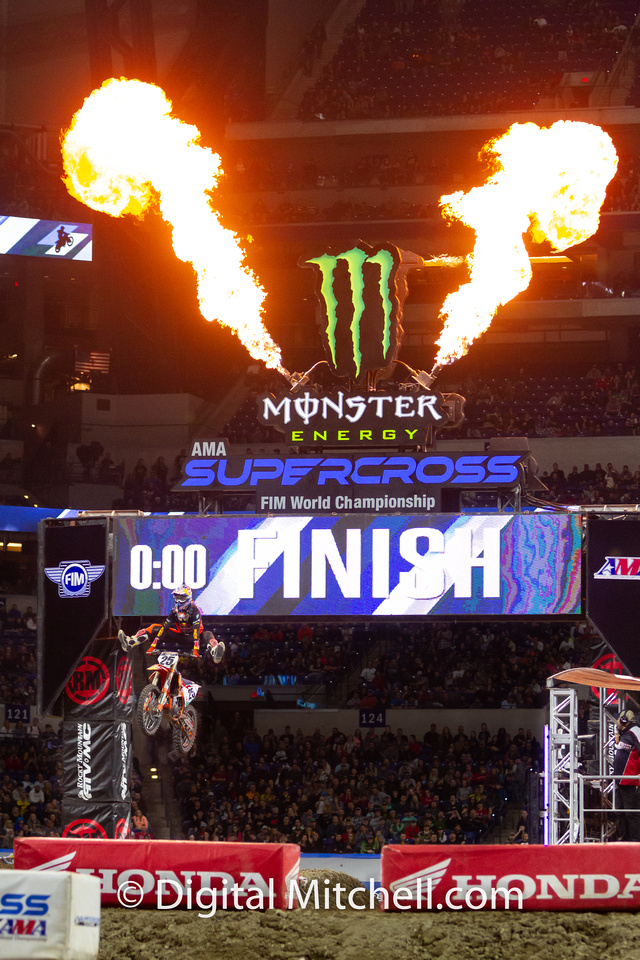 Below is the course as seen from the Media Center up in the very top press boxes. Me and my good buddy Rob on the track before the races. 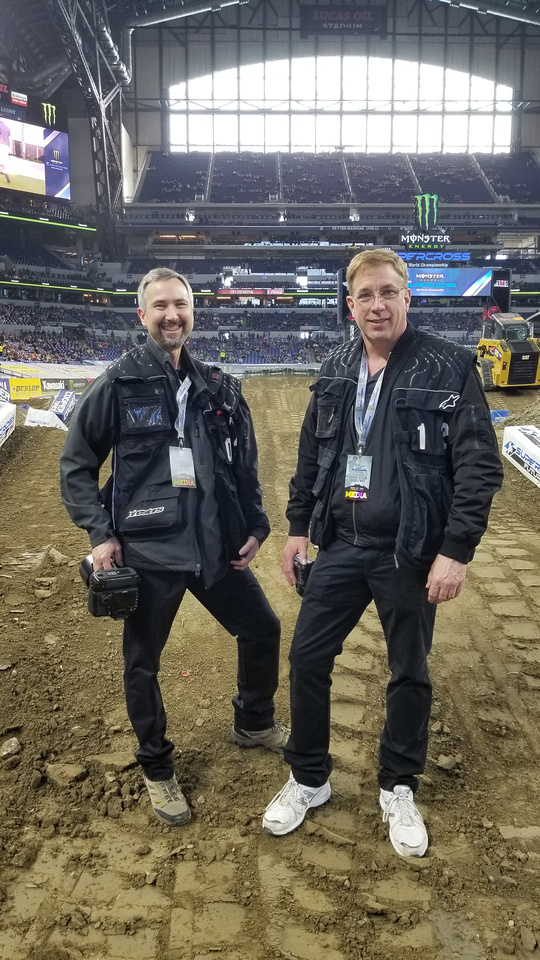 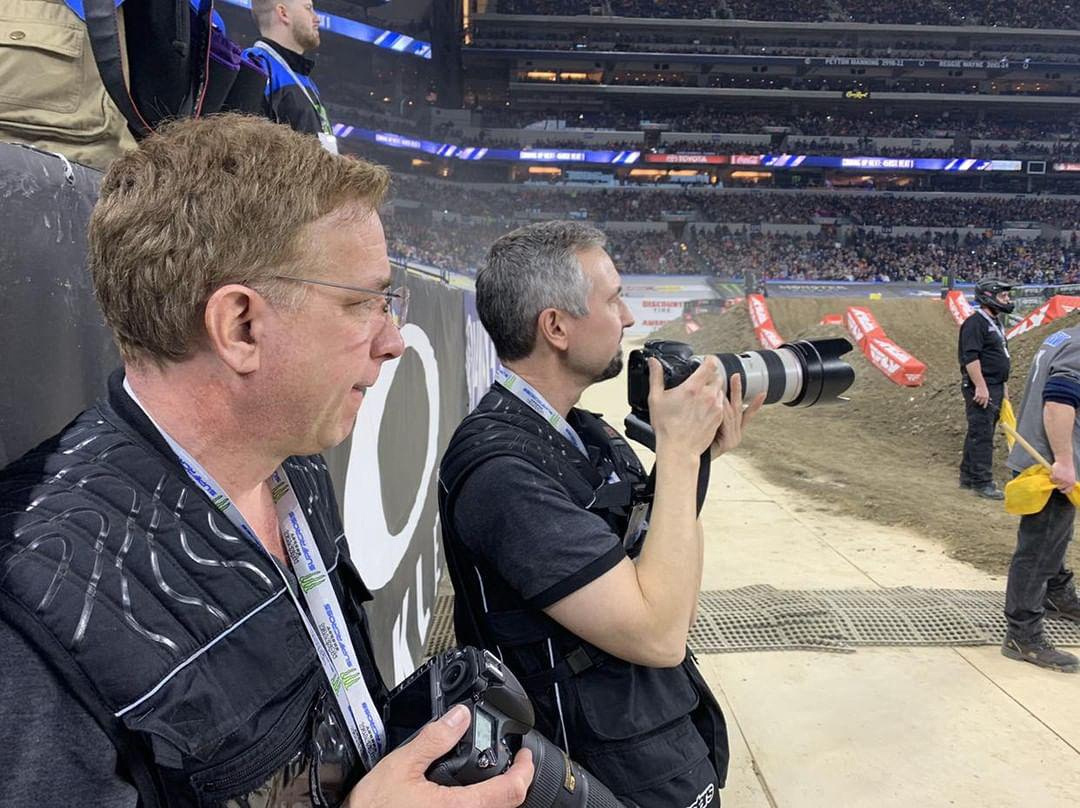